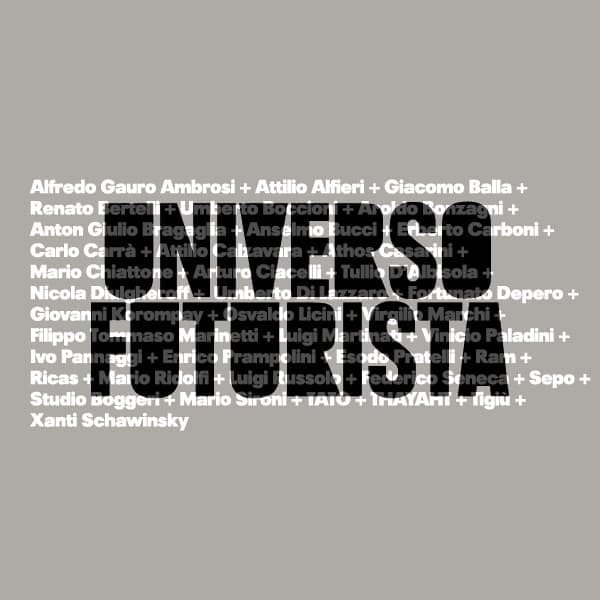 The Fondazione Massimo and Sonia Cirulli will open its doors April 21 with the exhibition Universo Futurista, curated by Jeffrey T. Schnapp and Silvia Evangelisti. The exhibition focuses on the nucleus of artworks in the Fondazione’s collection that best represent the historical period in which Futurism thrived (1909-1939), a time in Italian history that never ceases to generate debates among scholars and the general public, through exhibitions and books.

The exhibition includes a selection of artworks from the collection of the Fondazione Cirulli, and seeks to highlight some of the central themes of futurist aesthetics: the futurist celebration of creative vitality, of playfulness, and the fantasy of an art that, to put it with the words penned by Giacomo Balla and Fortunato Depero in their 1915 Futurist Reconstruction of the Universe, “makes the world happy by recreating it integrally”.

Futurist aesthetics finds its origins in a novel approach to the conception of artistic creation, which moves beyond the boundaries of traditional fine arts and seeks to embrace daily life in its totality, in order to become a “total art” that might engender a new bond between art and life.

Universo Futurista illuminates this new aesthetic conception through an accurate choice of painting, sculptures, design objects, architectural projects, photographs and photomontages, advertising posters and original documents of all kinds that futurist artists created between 1909 and the end of the 1930s.

As American scholar and exhibition co-curator Jeffrey T. Schapp explains, this exhibition project does not follow a traditional art historical format, but rather seeks to offer an exploratory pathway through the rich and diverse materials that make up the Foundation’s collection,emphasizing varied rhythms, clusters, constellations, shifts in scale from the big to the small, the busy to the spacious.


Under the patronage of: