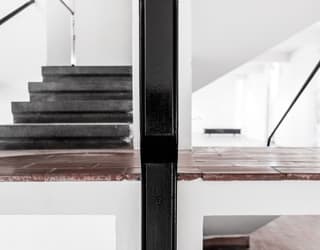 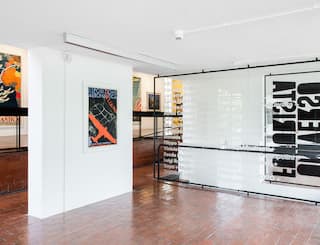 From Bruno Munari to Gio Ponti, 170 artworks belonging to Fondazione Cirulli illustrate the story of the “Italian know-how” and the birth of the Made in Italy through different kind of materials: posters, photographs, sketches advertising and design objects,
December 14, 2016 - Abitare

When Cultural Hothouses were not called Hubs

A few kilometres from Bologna, the Fondazione Cirulli is restoring the space that the Castiglioni brothers designed for Dino Gavina. This special, flexible and versatile place was home to one of the most extraordinary ventures in the history of design.
February 8, 2016 - Il Resto del Carlino

Massimo Cirulli and Merrill Berman are the discoverers of an oil on wood dated 1918 and signed Giorgio Morandi. The painting dates to the period in which Morandi dealt with Metaphysical Art alongside de Chirico and Carrà.
January 20, 2016 - Il Resto del Carlino

Vittoria Cirulli tells us about her passion for art and her experience with the Massimo and Sonia Cirulli Archive.
September 23, 2014 - Il Giornale dell'Arte

The archive, active between Bologna and New York, narrates the history of 20th century Italian art through the relationship between artists and industry, from the days of Futurism to the postwar economic boom. We talk about these topics with the collector Massimo Cirulli, who has been collecting and preserving industrial memories for over thirty years.
July 29, 2014 - Corriere Adriatico

Matelica - The exhibition “Italia del Miracolo. Arte, Design e Pubblicità 1948-1968”, held at the Church of St. Augustine in Matelica and organized by the Museo Piersanti and the municipality, illustrates the Italian boom with material from the Massimo and Sonia Cirulli Archive.
July 20, 2014 - il Resto del Carlino

In occasion of the inauguration of the exhibition “Italian Futurism 1909-1944. Reconstructing the Universe”, we meet Massimo Cirulli, founder of the Massimo & Sonia Cirulli Archive, part of the leader committee that helped organize the exhibition dedicated to an Italian avant-garde among the most important of the 20th century. The exhibition will take place at the Guggenheim Museum in New York.
March 1, 2014 - Il Giornale dell'Arte

For the avant-gardes, escaping easel painting began with an encounter with textile art. From Picasso to Delaunay, from Moore to Warhol, it was the beginning of a still-productive encounter.
January 8, 2014 - La stampa

Comunicare il Made in Italy, ciclo di incontri a Bologna

Bologna’s elegant Academy of Fine Arts will be the set for a series of meetings organized by the ADI Emilia-Romagna. The theme is a classic among design experts: Made in Italy.
May 31, 2013 - Artribune

The selection of artworks from New York's Massimo e Sonia Cirulli Archive illustrates a dialogue between advertising posters and paintings, sculptures and architectural projects; it joins different genres that gave life to that “Italian style” that formed through images.
March 3, 2013 - Gazzetta di parma

An exhibition that can captivate a great audience was inaugurated yesterday on the Reggia’s main floor.
March 2, 2013 - Gazzetta di Parma

The Reggia hosts the variety of Italian art, creativity and aesthetics between 1900 and 1930.
March 1, 2013 - Gazzetta di Parma

Titled “Le Belle della Belle Epoque”, the exhibition presents posters from the Massimo and Sonia Cirulli Collection, which include over 18,000 Italian advertising posters from the late 1800s to the 1970s.
We use cookies to ensure that we give you the best experience on our website. If you continue to use this site we will assume that you are happy with it.Accept Privacy & Cookies Policy
Privacy & Cookies Policy