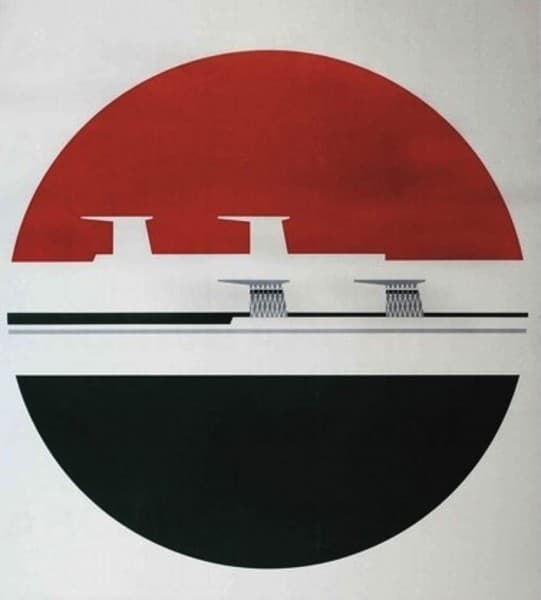 The exhibition is part of the official program of the celebrations for the hundred and fifty years of the Unity of Italy and responds to the request of the Prime Minister's initiative in proposing initiatives that tended to the "recovery of the prerogatives of national identity useful for increasing social cohesion, the reconstruction processes of learning and the vitality of the ideals, as well as to nurture courageous choices to give new impetus and confidence in the future".

The Max & Sonia Cirulli Archive has been invited to collaborate in this event with the loan of two hundred works that are able to transmit in a strong sense of national belonging in recent decades through the phenomenon of Made in Italy. It can be said that the last fifty years coincides with the period of maximum expansion of the excellence of Italian products, which are recognized around the world not only for their quality, but also as witnesses to history, culture and traditions that make it unique our territory. The various thematic sections are an opportunity for a fascinating journey back in Italian history, up to the legendary sixties. The story in pictures touches various areas of Italian productivity: the style, costume, taste and becomes an excuse needed to investigate the evolution of artistic languages ​​and the deep contamination of the various arts, from cinema to design, from painting to advertising, from sculpture to packaging, also identifying the trends of taste and morality.


Listen to the Italian national anthem on the Opening at Palazzo delle Esposizioni in Rome.YouTube
Share