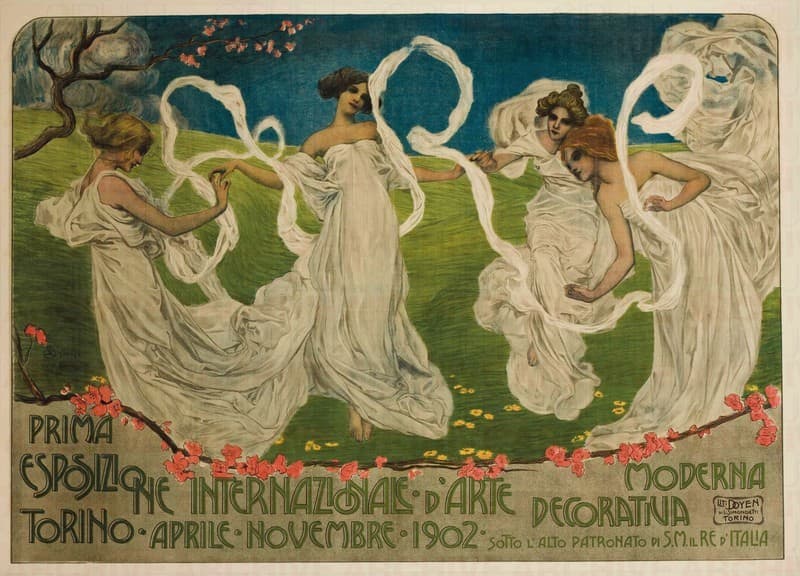 Following the extraordinary success of the Parisian exhibition at the Musée d'Orsay, Una dolce vita? Arti decorative in Italia 1900-1940 dal Liberty al design will open in October, in Rome, in the prestigious exhibition halls at the Palazzo delle Esposizioni.

The second leg of this eminently Italian exhibition focuses on a period in the history of Italian creativity that was extremely varied and productive. Through a chronological path that leads visitors through more than a hundred different objects, the exhibition provides a constant and stimulating interplay between decorative and plastic arts.

The opening of the International Exposition of Decorative Arts in Turin in 1902, documented by the beautiful poster “Ars” by Leonardo Bistolfi, introduces the audience to the aesthetics of Art Nouveau, the style of choice for the up-and-coming middle classes. This movement and its supporters were soon forced to reckon with Futurism and its loathing for the past: the Futurist claim to rebuild the entire universe prompted the extension of Futurist aesthetics to every aspect of art and life.

During the years of the "Return to Order" - which followed, throughout Europe, the crisis of the avant-garde season - the rediscovery of Classical culture develops along a number of different paths in the realm of the plastic and decorative arts. In Italy, these new approaches fostered modernist experimentation and the birth of the Rationalist style, which marked the transition towards industrial production and design as we understand it today.

The exhibition is organized by the Azienda Speciale Palaexpo in collaboration with the Musée d'Orsay, Paris.