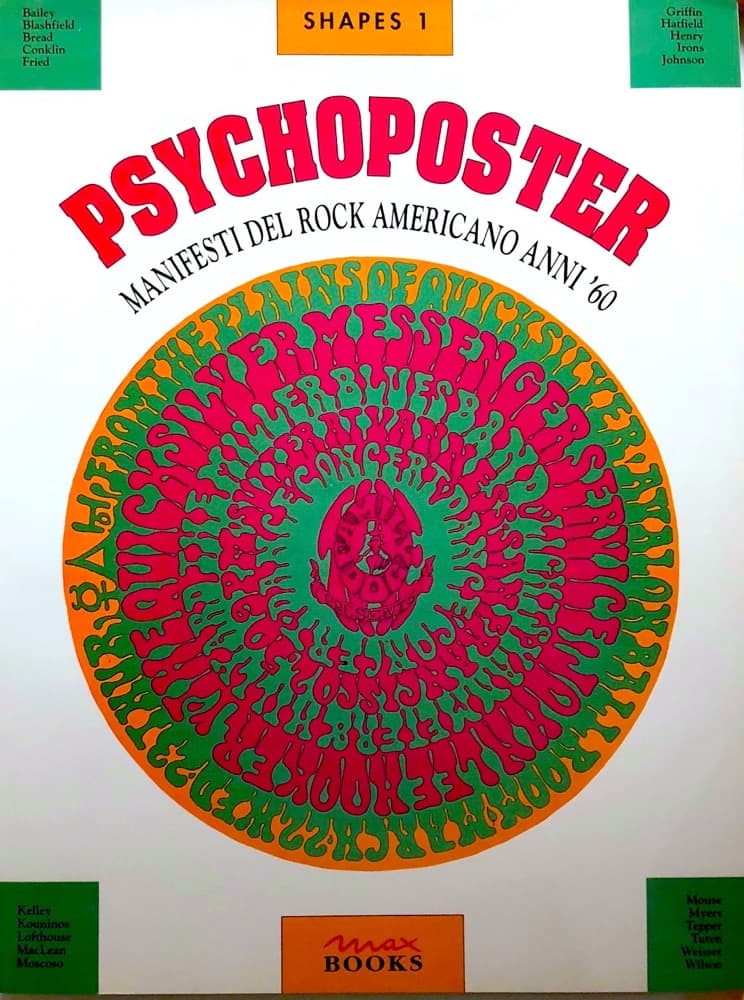 When speaking of of psychedelic culture the frontiers between reality and legend seem to fade. From its very origins, the relationship music-graphics was always very close: such origins were in CAlifornia, expecially in San Francisco, the cradle of psychedelia, home of the main exponents of a movement which, at its out-set, benefited froma large radical student population, from the presence of counter-cultural movements surrounding the birth of the beat generation and, why not, also from the mild climate of the bay. At that time posters whre the principle method of communication for the concerts of groups which would soon enter the annals of rock history: Santana, Greatful Dead, Jefferson Airplane, Quick Silver Messenger Service, Creedence Clearwater Revival, and so on. The sixties was the decade of liberalization, a period which sought to free itself also from preconceived schemes of communication: just as psychedelic graphics broke all conventional typographical rules, pushing to the very limits of human perceptions.