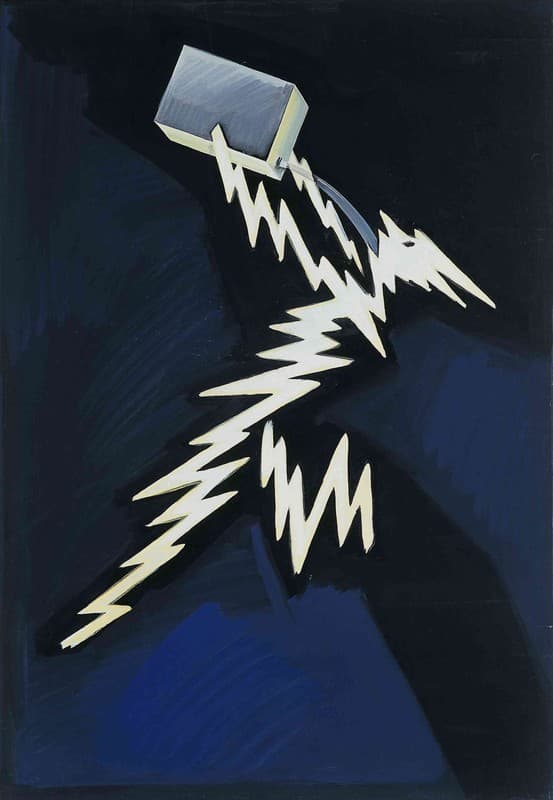 Futurism is with no doubt one of the most interesting avant-garde movements that evolved between the first decades of the twentieth century and early 1940s. The movement, entirely Italian in conception and construction, was launched and promoted by Filippo Tommaso Marinetti who, inspired by the rapid social change around him, championed a broad cultural revolution which he explained in his Futurist Manifesto published in February 1909. The “revolution” embraced all aspects of society, starting with art (painting and sculpture) including later other expressions of culture (music, literature, photography, theatre, architecture) and more generally, ways of life (the female condition, luxury, politics and so on).

On the occasion of the show the Muvim proposes a reflection on the influence the Futurist Movement had on Italian advertising art and the way it contaminated life and the way of thinking. The exhibition is based on a selection of more than eighty works of art from the Massimo & Sonia Cirulli Archive and displays the innovations that futurist poetic introduced to advertising poster design, taking out onto the street inventions, messages ad images that were certainly more advanced than those people were used to seeing. And the energy typical of futurist exploration, which assumed the myth of speed and technological progress as strong driving forces in a society looking to the future, became the impetus for stimulation, provocation,momentum. Among the artists on show there are names of international fame such as Mario Sironi, Enrico Prampolini, Fortunato Depero, Nicolai Diulgheroff, Lucio Fontana and others closer to the advertising world such as Federico Seneca, Sepo (Severo Pozzati), Marcello Dudovich, Gino Boccasile, Mario Gros, Giuseppe Riccobaldi Del Bava and a peculiar artist like the architect Marcello Nizzoli. With the posters are a series of sculptures, photomontages and collages by Bruno Munari and writings by Enrico Prampolini, F.T. Marinetti, Giacomo Balla and Carlo Carrà that influenced and conditioned, direcltly or indirectly, images destined for advertising. Located in the Parque de la Cultura in Valencia, the MUVIM is a museum dedicated to illustration and modernity by the Spanish architect Vazquez Consuegra. This building is a big concrete volume with an irregular geometry, one of the best examples of contemporary architecture in town.

It is possible to make a virtual tour of the exhibition and sail among the art works on show. This virtual tour is part of the MuVIM virtual tours site.